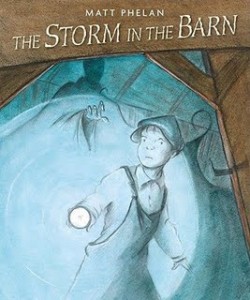 A few days ago my daughter finally got around to reading the copy of Matt Phelan’s “The Storm in the Barn “ that she got for her birthday. It’s a great story and she really enjoyed it, which made me happy. I went down into my office to find something else for her to read, brought back Neil Gaiman’s “Death: The High Cost of Living”. She looked it over for a moment and then said “This doesn’t really fit on my list. I’d have to put it under my ‘Extra Choice’ ones and I already have too many of those.”

See, she’s got reading assignments for school. They’re given a list of categories/genres from which they are required to read a set number of books. And the teacher approves the books before they can get credit for that category. Apparently comics fit under the extracurricular category (since they’re not “real” literature, I assume). In my daughter’s mind, the Gaiman book didn’t qualify — she already had Fantasy and Extra Choice covered, after all — so she automatically dismissed it as something to read.

This was (and still is) intensely irritating for me. My daughter’s a big reader, always has been. She loves books. But somehow, school has shifted something in her head to think of a new book in terms of an assignment. She couldn’t look at something new and think “Oh, this looks interesting…” without also evaluating as to whether or not it “fits” into the terms set by her teacher. And, in the end, the assignment eclipsed the interest — which, to my mind, is exactly the opposite of what should happen.

Despite my grinding teeth, I tried to explain to my daughter (as best I could) that reading was something done for its own enjoyment and not just as an assignment. This is something she already knows, of course. But I thought it was important to mention that she could survive reading something even if it didn’t line up with any assigned (I did not at any point use the word “bullshit” though I was tempted) school categories.

Did she get it? I honestly don’t know. I’ve got enough confidence in my daughter to know that she’s going to be a reader no matter what’s been assigned.

But I can’t help feeling that it’s a damn shame, somehow.

Each Monday we do a morning production meeting at work. It’s partially a check-in for all of our active projects, but there’s also a fair amount of socializing about our weekends. This past week, one of my coworkers mentioned that she’d gone to see the latest Twilight movie. When she said how much she loved the books, three or four people offered a plain-faced, almost dismissive declaration along the lines of “Oh, I don’t read.”

There’s something wrong with that, somehow. Not just the fact that, for whatever reason, it would never occur to people to pick up a book . . . but also that there’s no sense that, on some level, anyone sees this as a problem.

And, of course, they do read. They read magazines and websites and street signs. But what they’re saying is much more specific. It’s not “I don’t read” but rather “I don’t read books.”

That’s utterly foreign to me, growing up as I did in a house full of books and people who read them. I’d be more judgmental on this point, perhaps, but I’ve been around long enough to recognize that my experiences aren’t always common. The only thing I can compare it to is that small subset of people who say “Oh, I don’t watch television” or “I don’t go to movies” — the sort of position that typically stems from a choice based on some kind of underlying moral or social or religious belief.

But “I don’t read” doesn’t seem to be a position so much as a preference. A matter of taste, along the lines of “I don’t like olives.” 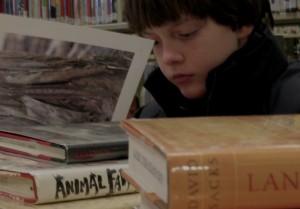 But, of course, it isn’t a matter of taste — or, rather, it shouldn’t be. Your choice of books is defined by your taste — you might hate Twilight but enjoy John Grisham — but an outright dismissal of every book out there is . . . something else entirely.

And don’t try to tell me it’s all the fault of television or computers or video games or the internet. I grew up with most of those things and I’m more or less perpetually jacked in now, yet none of it has dulled my enthusiasm for the printed word. And since I’ve heard this from people of all ages, I don’t believe it’s a generational thing. I realize it might also not be such a new thing either . . . but it does seem that when I hear “I don’t read” these days, there’s no sense of “I know, I know…” behind it. I think, way back when, that used to be there.

All I hear these days is defiance. Of what, I have no idea. Perhaps of my own elitism for assuming that anyone who doesn’t read is, somehow, missing out.

The holidays are, more or less, here. With that in mind, I thought I’d put together a quick list of “Books for People Who Don’t Read” but it seemed more interesting to open it up to everyone in the comments. I’ll start us off with a few of my ideas but throw yours into the mix as well.

10 thoughts on “The Trouble with Reading”