Before the actual bloggery begins, I just wanted to give a shout out for my friends in New Zealand. You’re all in my thoughts and prayers.

And, to everyone everywhere else… you should all go make a donation to the NZ Red Cross right now.

Seriously. They need all the help they can get.

Everything is slightly off-kilter these days. I’ve been finding it difficult to stay awake much past 10pm and, if I do manage it, all I seem capable of doing is staring at the television — whether it is switched on or not. In fact, a blank wall will do just as well.

As a result, my usually predictable writing schedule has been stuck in first gear, grinding and whining and producing inordinate amounts of psychological smoke to blanket my mind in thick, cloying fumes.

Mostly, I just want to sleep.

This is uncommon for me. All I can think is that, despite my deep and abiding love of winter, I’m somehow suffering from some mild seasonal affect disorder or a soul-crunching depression brought on by B-vitamin deficiency. This seems unlikely, as I have spent fifteen winters in the Midwest with no perceivable ill-effects. But perhaps it is cumulative.

Possibly I am only dying.

It was in this condition that I wrote a fairly long post that began I’ve been thinking about belief a lot lately… but after a week of poking these concept with the blunt stick that is my current mind, I gained enough lucidity to recognize it as the diseased offspring of a crippled animal and had it put down.

Why I was so fixated on this for a while escapes me. It had something to do with Scientology, though. And Science Fiction authors. And leaving people’s beliefs alone. I forget the rest.

Trust me, you have missed out on nothing.

I also wrote a long essay on the work of fanboy-favorite-who-will-one-day-be-exposed-for-the-charlatan-he-is Grant Morrison detailing why the rumor of him taking a crack at Captain Marvel fills me with nothing short of Jihadist-level rage.

That too was a post best left unpublished. Even mentioning it here is dodgy enough. Morrison fans can sometimes be a little aggressive in their preservation of the Emperor’s wardrobe.

And so, in the tradition of The Bloggess, I humbly offer the following Shit I Did When My Brain Wasn’t Here.

(It’s an homage, dammit. Be glad I didn’t use the picture of me in hair curlers.) 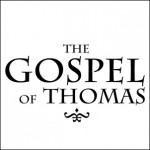 If you want to know what the by-product of my aforementioned mental condition looks like, check out the latest episode of The Gospel of Thomas. In addition to a thankfully brief audio version of my blog post on belief, you get a sneak preview from my forthcoming novel Pantheon. The episode was originally meant to be posted for the holidays late last year but, again, my brain betrayed me. It sat on my hard drive for a few weeks before I realized that it hadn’t actually been posted. By way of penance, I included a longer section from the book as well.

There’s plenty more where that came from, of course. So consider subscribing to the show via iTunes or RSS, won’t you?

“Dad? Are you famous yet?”
There’s been a fan page out on Facebook for a while now — which is really important and relevant these days, what with all that stuff in the media about those people revoluting and whatnot in the Mid East. Every time you click the “like” button, a dictator falls. At least, that’s what they keep saying on the news.

(My daughter asked me the question. Let’s not let the little lady down, folks…)

(Okay, not really. But I thought this interview was fascinating. More and more, these ideas — Free Economic Models, Independent Publishing, Crowdsourced Project Financing, etc. — are making their way into mainstream discussions. This is a good thing.)

Alan Moore, Hero
“I am very concerned about the kids today which might grow up without this access. I am very against taking literacy away from people. Education must not be a privilege for the well-off.”

If only every endangered library had their very own magician to protect them, the world would be a better place. 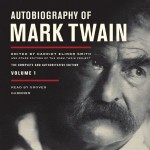 Reports of My Being Boring Were Greatly Exaggerated
I’ve been reading The Autobiography of Mark Twain — well, I’ve been listening to it — and I’m somewhat surprised to find that I’m enjoying it. After all of the faintly negative response on the publication last month, I was prepared for a real grind. But something told me that maybe, just maybe, all of the grumbling from critics had less to do with Twain and more to do with certain academic axes they had to grind.

What you’ve heard is true. Yes, the non-Twain introduction and textual explanations are fairly tedious. Yes, it’s a haphazard bundle of rough notes, dictation, and digressions that, in many cases, even Twain didn’t necessarily intend to publish. Yes, fine.

The actual writing is, for the most part, electrifying. Even when mired in the mundane, Twain’s prose is startlingly good.* And he’s often laugh-out-loud funny. His ability to turn a compliment into an insult, like a trapeze artist effortlessly performing a mid-air flip, is amazing. I imagine that anyone on the receiving end of one of these would sit there with his mouth open and feel fortunate that the Great One took the time to even notice his existence.

I’m only about halfway through right now. The best part so far has been Twain’s response to a friend who did some edits to an essay without asking first. Twain spends a fair amount of time thanking him for his efforts and, with increasing venom, lambasting his audacity and ignorance.

It’s been a while since I mentioned it but…
…today is the Twenty-third of February.

And finally…
…I wasn’t kidding around. Go make a donation to the New Zealand Red Cross.

* Opinions may vary. But I’m totally right about Grant Morrison.

5 thoughts on “A Cruel Season”